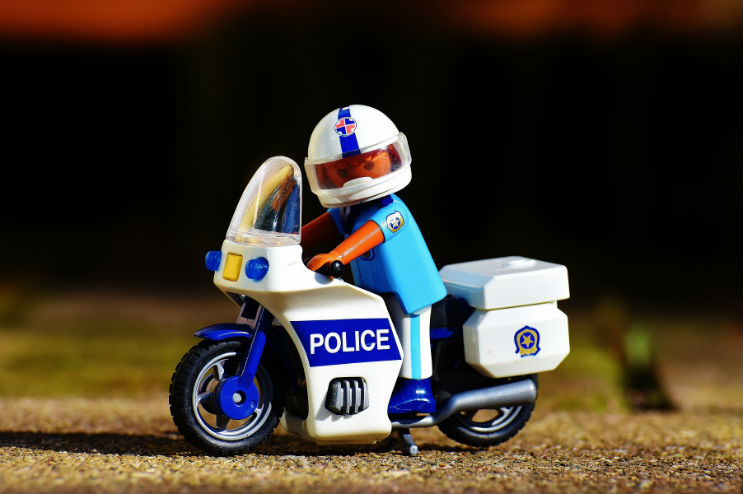 Online bike forums are awash with discussions about being pulled over by grumpy officers of the law and sent straight off to the nearest MOT station to have their aftermarket exhaust cans certified as legal, or not, as the case may be. This reminds us of a comment by the legendary Keith Richards, which has since passed into rock and roll folk law. When asked by an interviewer whether he thought he had a drug problem, Richards responded “I don’t have a problem with drugs, I have a problem with policemen”.

Of course it’s all very well to demonise the unreasonable police force for spoiling everyone's fun, but at the same time it’s as well to remember that it is actually their job to uphold the law of the land. And the law of the land says, albeit in rather vague terms, that you can’t go round shattering folks’ windows with exhaust cans that are so stupidly loud they can set off a row of car alarms from 100 yards away.

Common sense should tell you that if you’re riding with an exhaust system that’s only a little bit louder, just a notch or two gnarlier, than the norm, then you’re highly unlikely to get a queue of coppers lining up behind you with their decibel meters at the ready. They’ve generally got better things to do than waste everyone’s time on a marginal debate about whether an exhaust system is just outside, or just within, the legal guidelines. And let’s be honest, if they really wanted to notch up a load of bonuses for catching noisy bikers, wouldn’t they just go and visit a Harley rally? But if you’re blatantly flouting the legislation and drawing everyone’s attention to yourself by ripping the air apart through a can with ‘not for road use’ or ‘track use only’ stamped all over it, then it’s really just a question of when, rather than if, you’re going to get pulled over.

The fact is that some aftermarket exhausts are road legal, and some aren’t.

Exhausts that are road legal… should say so on the tin

At Fuel Exhausts, we like to keep it clear and straightforward. So, to coin a phrase, our motorcycle exhausts do exactly what it says on the tin. If they say they’re road legal, like our Diablo, Classic, Slash and F1R Road, then they are providing the baffle is in place.

We know they’re legal because we make them that way, and they’re stamped with the British Standard reference for road use to prove it (BS AU 193a: 1990/T3 to be precise). Raw materials come into one end of our factory in the north of England, and fully completed aftermarket exhausts come out at the other end. For every bike model that we cover, we carry out comparative noise tests on the OEM silencer and our Fuel exhaust ranges. Every step of the manufacturing process is carried out in the UK by skilled engineers working to UK legislation to build UK road legal exhausts. No ifs, no buts, no maybes.

By contrast, there are certainly plenty of other UK ‘manufacturers’ who it’s hard to be quite so certain about. Sure, they might carry out the final assembly in the UK, which allows them to say it’s made here, but the reality is often that it’s a pile of foreign components of varying quality and legality which were just screwed together and had a sticker applied by a bloke in Britain.

The obvious advice is ‘buyer beware’. Don’t part with your hard-earned cash unless you’re sure that all of that ‘British’ exhaust system really was made where it says, and those ‘road legal’ claims it makes will actually stand up to scrutiny.

In summary, fit one of Fuel's road exhausts to your bike and you know you’re fully road legal in the UK (again...providing the baffle is fitted), and we guarantee that neither the police nor the MOT tester will have anything to complain about. Take out the baffle, and you’re into the grey area. Ride a race can on a public road, and you’re definitely on the wrong side of the law.