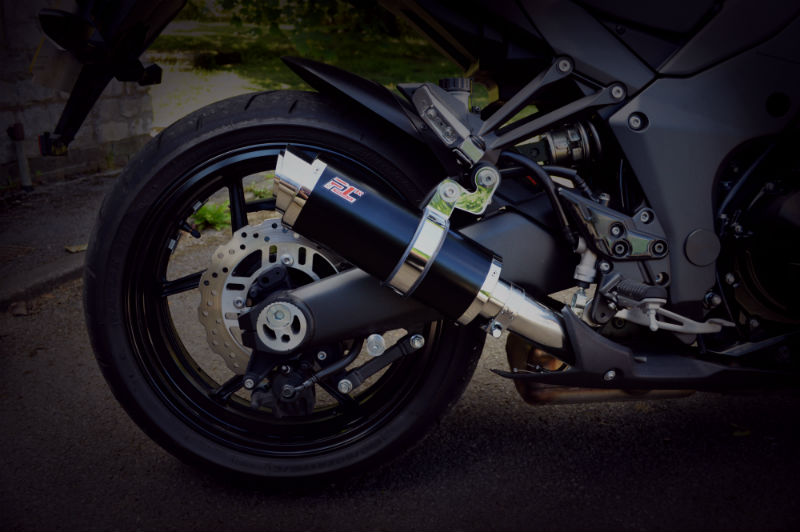 How To Increase Motorcycle Performance – Weigh Up The Best Options

So you’ve got a bike, and you want to make it go faster. Call it ‘improving performance’ if you like, or even ‘optimising power to weight ratio’ if you want to sound really clever; but it all boils down to the same thing – more oomph!

One very common approach, which is remarkably hard to resist, is to walk into a shop full of shiny bike bits, hand over your wallet and say “Please take all my hard-earned cash and send me home with piles of stuff which won’t make a blind bit of difference”. They’ll probably be more than happy to oblige.

But we suggest a more reasoned and tactical approach, which begins with thinking it all through and making a plan.

So here goes. Start out by being very clear about the fact that there are just three factors which will improve your bike’s performance:

Write those down on a piece of paper, and then you can list under each heading the specific changes you could make, the likely improvement which each change will deliver, and of course the cost of making each change. That way you’ll soon get a clear picture emerging which will help you make the right choices and maximise the return on investment you’ll get for the amount you’ve decided to spend. And it’ll also help you avoid coming out of a shop trying to figure out how you just ended up spending three times what you planned, and how the hell you’re going to explain it when you get home.

Once you’ve done this exercise, you’ll find it becomes very clear, very quickly, that the area where you can make the most difference within a budget of a just few hundred quid is by reducing the weight. You’ll probably come up with a weight saving list that looks something like this (although you could go on and on if you really wanted to):

Once you start scribbling the cost and the weight saving next to each item, you’ll soon whittle it down to probably just one or two changes which are really valuable in terms of a significant weight saving, and worthwhile in terms of the cost.

Be financially smart with your weight savings

Unless you’ve got a couple of grand to throw around, the carbon wheels are likely to be the first to go. Changing the discs and calipers will only save you around 250g, and they’ll set you back a thousand quid for it, so that works out at £4000 per kilo saved! A carbon mudguard will save about the same amount of weight as discs and calipers, but for just £100 – so maybe that can stay on the list for now.

Super-lightweight nuts and bolts, as well as foot pegs and bars and lots of other bits and bobs, can all add up to a decent saving of 1 or 2 kilos if you’re really thorough about going through the whole bike. Having said that, it’s a horrendously fiddly job and, with a titanium axle nut alone costing around £20, it’s going to add up to a fairly pricey option.

On to lightweight aftermarket motorcycle exhausts. We genuinely think these provide terrific value in improving performance. For a start, they deliver on two fronts, because as well as saving a big chunk of weight they do actually add a few horsepower too.

Let’s say, for instance, you’re riding a KTM 1290 Super Adventure. Fit one of our Diablo titanium exhausts to it, and you’re looking at an instant weight saving for your motorcycle of 4 kilogrammes in return for an investment of £275. That’s working out at just over £68 per kilo saved, which makes everything else you could do look pretty extortionate in comparison.

How about a Triumph Tiger 800? Pop one of our seriously sexy looking Slash carbon fibre mini cans on, and you’re saving 4.5 kilos for just £190 – that’s just a gnats over £42 per kilo.

It’s hard to argue against really.

And finally, that thing about the pies. It’s an obvious point that the rider accounts for a very significant proportion of the overall weight of the machine, and so if you’re not exactly a racing snake then a stone less of you is going to make a huge difference to the way your bike performs. After all, a stone is 6.35 kilogrammes, which is the equivalent of nearly 50 Greggs Steak Bakes – just so you know.

But then again - a ride out without a brew and a pie? Seriously?